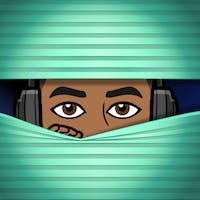 For Javascript developers out there, I'm certain we've all heard about the popular kids on the block. I'm talking about React Native (A Cross-platform mobile app development library) and Typescript (A Javascript superset with static typing).

If you haven't heard about Typescript, here's a blog post that serves as an Introduction to Typescript and its Basic Types.

In this post, we will begin our building-in-public series, where we will learn how to initialize a new React Native project with Typescript support.

We will focus on initializing a sample application with all its project files.

Without further ado, let's get started!

For me, that folder is projects.

When you're inside the folder, run the command below to create a new react native application with typescript support:

The command above uses the official react-native-cli to create a new application called truth and installs a template with typescript support. You must have the react-native-cli package installed globally on your machine for the code above to work.

If you don't want to install the react-native-cli global package you can run the code below to get the same results. Like this:

The code above enables us to navigate into the newly created app folder.

If you look at the project structure image above, you will see that we have a tsconfig.json file. This is the file where our typescript configurations live in.

Before we proceed to run our app, we will have to add custom path mappings for our project to make it easier for folder access and navigation.

What we're doing here is setting the base URL path to be the project root folder and adding paths that will automatically resolve to the ones we added in the code above.

The * path sets the base path for the src folder which we will create later. The src folder is where all our code files for the application will live in.

The tests path tells typescript to read every file that lives in the tests folder. Useful when running tests.

The @components/* path is to read every file in the components folder. We will create this folder in the future as well.

This should add the babel-plugin-module-resolver to your package.json development dependencies.

When you open thebabel.config.js file in your project root directory, you'll find a file that looks like this:

Add the code below right after the line with the presets configuration:

Now we can proceed to run our application and try it out.

To run our newly created application, we will use an android emulator available to us from Android Studio to test the android version of our app.

Startup your emulator of choice. Make sure you have a virtual device running.

If you're using Android Studio, you can check this by typing the following code in your terminal:

This will show you a list of devices available to use to run your app.

Open the package.json file in your project root directory and observe the 'scripts' available.

To start our application, run the code below in your terminal:

This will run the "android" command in the "scripts" section of your package.json file which will run and install the application on our virtual device. 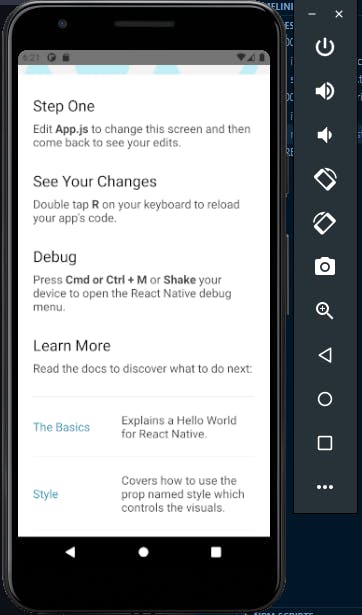 You just created and set up a React Native application with Typescript support from scratch.

Next, we will setup Authentication/Authorization routes for our application using React Navigation.

Thank you and see you in the next post.